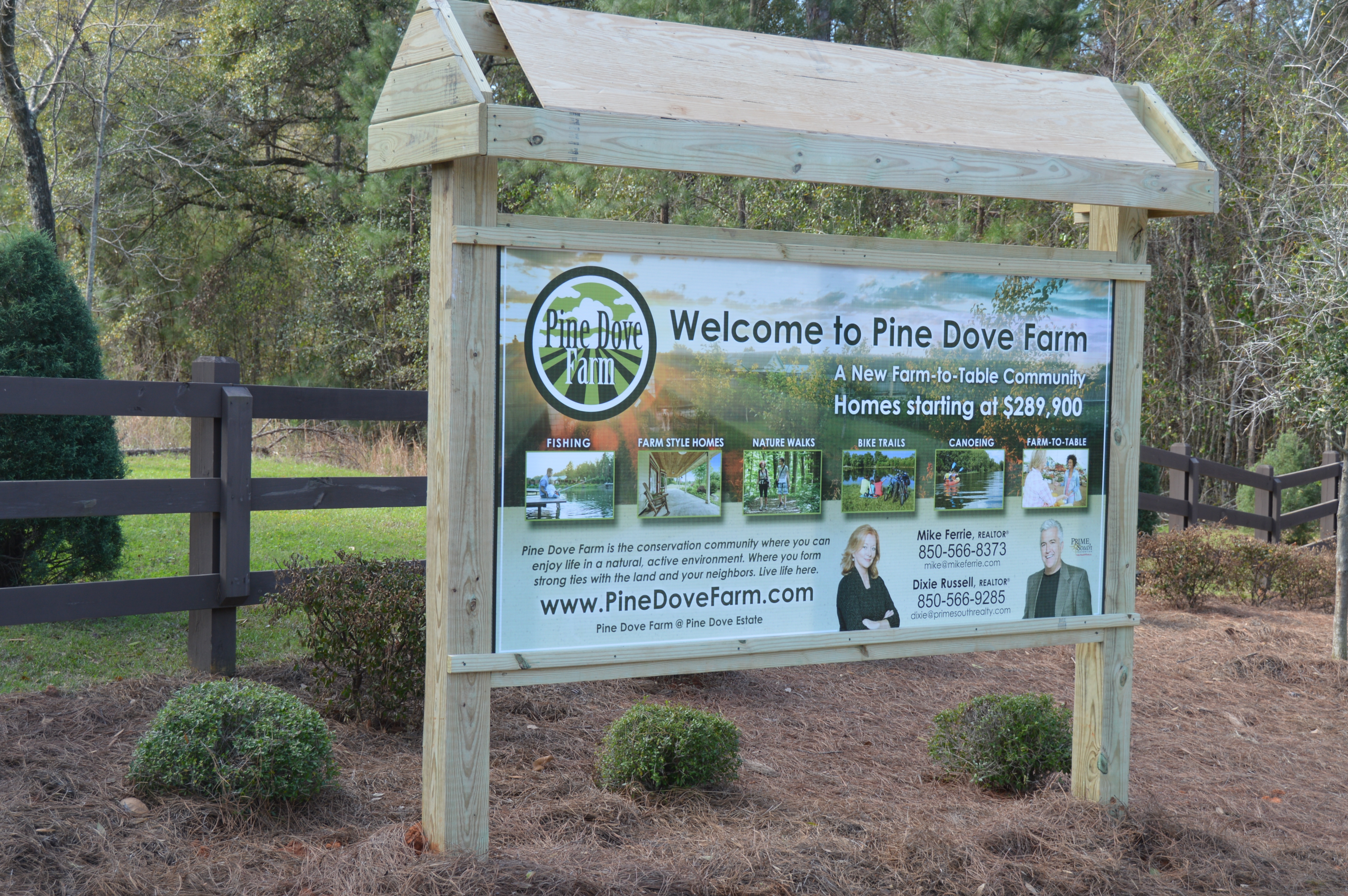 A national trend called “agrihoods” is planting roots in Tallahassee with the introduction of Pine Dove Farm.

The 203-acre subdivision is Tallahassee’s first planned agriculture community. It’s located off Apalachee Parkway and down a winding Williams Road in eastern Leon County. The development will include around 130 homes starting at $289,000 on half-acre lots. The idea is to build a community where the garden is the centerpiece, instead of traditional amenities like a golf course.

Near the entrance, a large communal garden will offer community supported agriculture where residents can buy into the program and receive produce. An employee works the garden or homeowners can work for their crops.

The farm-to-table or agrihoods concept has been cropping up around the country. They’re usually maintained by an out-sourced farming team and governed by a Community Supported Agriculture. Think of it as a co-op. These programs allow homeowners to buy into the garden in exchange for crops.